Warning from the Dept. Of
Neuroscience in Sweden
to the United States

Watch the Videos and read the News, Visit the  Informative Links.

Keep Your home and business a Smart Meter Free Zone.

Say No to smart Meters!  ....Join in with all the citizens against smart meters

Declaration of Intent.pdf
What Makes a Smart Meter
Smart May 2011 Rev 3.pdf
NWO Plans Exposed By
Insider In 1969 1.pdf

at time 1:28:30 you will see Liz Barris (sp?) public comments, and Peevey responds – hard to hear him, he seems to say

Ms Barris: “something like can you remove my meter just like Mr. Vyas had done in Northern California…….paraphrasing”

Peevey: “We certainly had the experience with PG&E where they expressed their willingness to remove the meter, and I would assume that Edison would do the same.  Gentlemen??”

Peevey seems to be communicating with SCE reps or other CPUC board members when he says “Gentlemen?” and then “that’s an affirmative answer” – as though SCE agreed to remove her meter??? That is my interpretation, but may be wrong.  Peevey is off camera, so hard to tell. 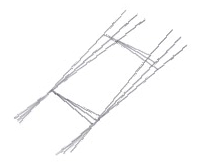 - SAY NO to Health Effects from Radiation

- SAY NO to increased utility costs

- SAY NO to remote shut downs

- SAY NO to uninsurable consequences